The flyer falsely claims that college and high school libraries in the district contain more than 80 books with sexually explicit content. 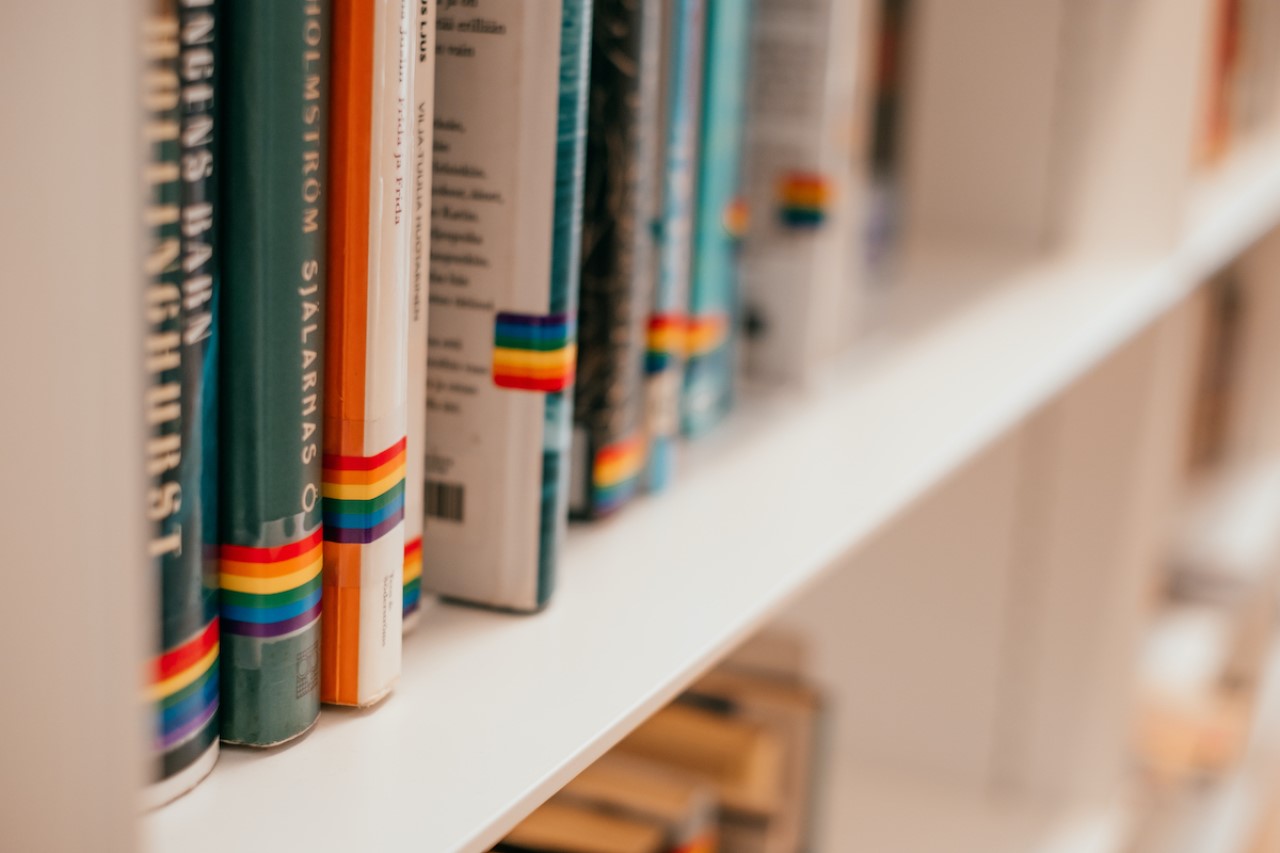 Just a few weeks after the The West Chester Area School District Board of Trustees voted 8 to 1 to keep ‘Gender Queer: A Memoir’ in high school librariesan anonymous flyer campaign now targets the rest of the district’s book collection that features LGBTQ themes.

Found in areas of the district, the title of the double-sided leaflet includes a large black shield with the words “Protect our children”. He goes on to falsely claim that middle and high school libraries in the district contain more than 80 books with sexually explicit content — and he provides examples.

The misleading flyer even identifies and targets history books in WCASD high school libraries such as “Queer America: LGBT History in the 20th Century” and “Stonewall: The Riots That Sparked the Gay Revolution.” The anti-LGBTQ flyer also falsely states that the district “has spent over $400,000 critically training staff on race theory,” among other lies.

After obtaining a photocopy of the flyer, WHYY News contacted the school district, which had already been made aware of the flyers by community members. 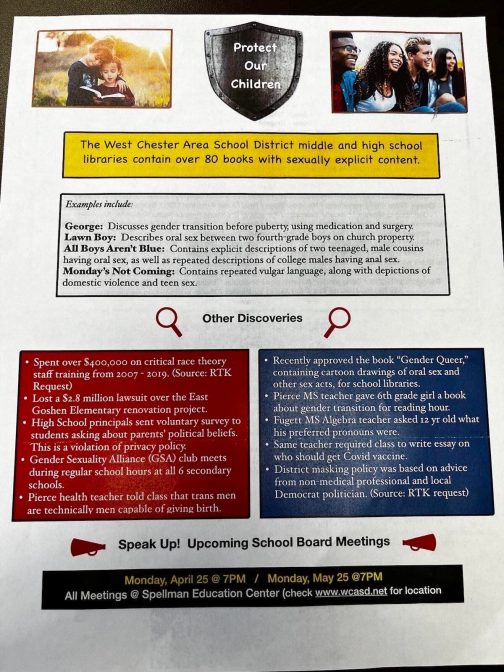 Anonymous leaflets like this are circulating all over West Chester. 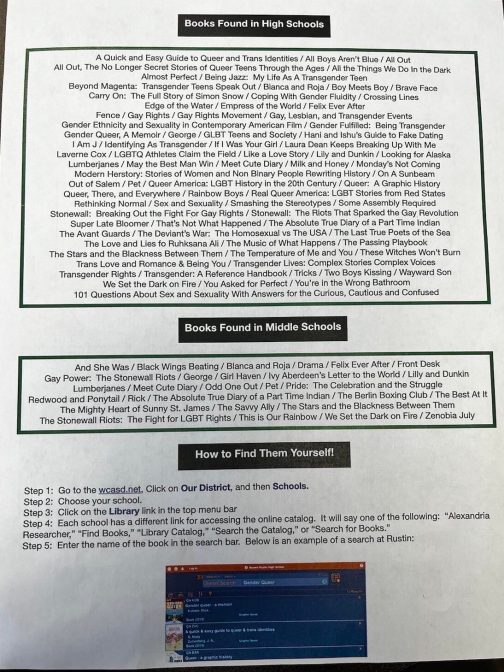 West Chester Superintendent Bob Sokolowski said in an interview that there was initially some confusion as to who was actually the original source of the misinformation.

“It was brought to our attention by, I believe, a person who is the manager of an apartment complex in the area and she requested that the district not distribute these flyers – and when we contacted her, we let him know that we don’t distribute such flyers,” Sokolowski said.

Sokolowski, who has been a strong advocate for the remaining availability of “Gender Queer: A Memoir” in school libraries, wants community members to know the books are here to stay.

He said it was important for LGBTQ students to have books they could relate to in a school library.

“I think it’s also important that we recognize that school libraries are places where students have choices. school library [books] are not books that students are required to read as part of a specific curriculum. And I think it’s important for us as a school district, that if we’re really inclusive, that we think about our LGBTQ+ students and provide them with texts that would help them,” Sokolowski said.

He added that he hopes everyone in the community understands the connection between this campaign to ban the books and the First Amendment.

“If we were ever to get to a place where we would ban books – ban books without going to committee, and without fully understanding and capturing consensus to understand the value of certain texts – I think there would be a very steep slope. slippery, in terms of banning the books, and I think that could really be a violation of a right that we take so seriously in this country and that’s our freedom of speech,” Sokolowski said.

Nancy Wood is a parent in the district and also saw the flyer, which was forwarded to her by several different people.

“When I saw it, I won’t say I was surprised, because it’s very similar to some of the posts we’ve seen so much on social media here locally, but also just in the national dialogue that’s happening. unfolds,” Bois said. “The leaflet gives the impression that it is about protecting students in the West Chester Area School District from sexually explicit material. But when you look at the flyer, that’s not what it’s about at all.

As a constant participant in school board meetings that have grown increasingly tense over the past year, Wood said the flier is akin to a “bag of talking points” she knows all too well. “see some of these groups attacking our public schools and public education.

After taking the time to research every title of the more than 80 books listed on the back of the leaflet, Wood said the claims made were false.

“They all have one thing in common, but it’s definitely not sexually explicit content. The only thing these books have in common is that they acknowledge the existence of LGBTQ people,” Wood said.

While she is not surprised to see leaflets like this circulating in West Chester, she is concerned about how egregious the targeting of LGBTQ students and other vulnerable populations has become.

“Our students are suffering, our teachers are under attack. We’ve had politicians call our teachers groomers, we’ve had parents and activist groups call our GSA clubs, our student-run clubs that are protected by law. There’s a lot going on in our community and it’s really sad to see that we have adults targeting students who just want to go to school and learn and be themselves,” Wood said.

She added that it is sad to see students having to stand up for themselves and she said school officials must speak out loud and clear to support the children they are meant to protect.

The main focus of the flyer appears to be a call to action for people to attend upcoming school board meetings over the next few months at the Spellman Education Center in West Chester.

It’s unclear whether there will be any further formal challenges to the WCASD book collection at the April 25 school board meeting.